The Bank of England’s dose of honesty throws the theoretical basis for austerity out the window. 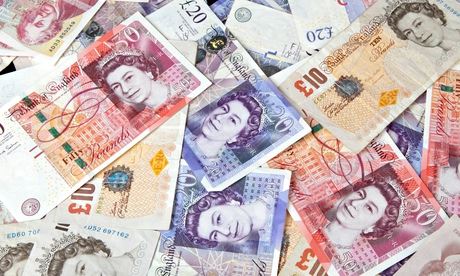 ‘The central bank can print as much money as it wishes.’ Photograph: Alamy

Back in the 1930s, Henry Ford is supposed to have remarked that it was a good thing that most Americans didn’t know how banking really works, because if they did, “there’d be a revolution before tomorrow morning”.

Last week, something remarkable happened. The Bank of England let the cat out of the bag. In a paper called “Money Creation in the Modern Economy“, co-authored by three economists from the Bank’s Monetary Analysis Directorate, they stated outright that most common assumptions of how banking works are simply wrong, and that the kind of populist, heterodox positions more ordinarily associated with groups such asOccupy Wall Street are correct. In doing so, they have effectively thrown the entire theoretical basis for austerity out of the window.

NERA Assessment of the article.

PLEASE INFORM ALL SOUTH AFRICANS: SCHOOL AND UNIVERSITY TEXTBOOKS THAT TEACH BASIC ECONOMICS ARE INCORRECT.
Because of massive pressure from lobby groups, The Bank of England has officially confirmed what NewERA has been desperately trying to show and prove:
“The principal way in which [money is] created is through commercial banks making loans: whenever a bank makes a loan, it creates a deposit in the borrower’s bank account, thereby creating new money.  This description of how money is created differs from the story found in some economics textbooks.“
Lawyers, bankers and accountants do not know the truth. Even our own High Court Judges did not believe us when we tried to show them.
Did you know that the activities of the privately owned South African Reserve Bank are totally secret?
The ANC, DA, and other political parties are funded by the banks. The banks will continue their reign of terror because most banksters themselves do not understand how money is created. They were taught incorrectly at school and in University. They believe that banks make loans from their deposits. This is a huge educational problem.
Please understand something: Unless we change the money system, we are wasting your time going to the voting booths. We are merely shuffling deck chairs on The Titanic. You must vote for a political party who will take the banks to task.
Our land and resources are being sold to foreign countries because we think we need their money. More police and resources are being diverted to collecting fines, e-tolls and selling out to massive multi-national corporations because we think they need money.
“Rather than banks receiving deposits when households save and then lending them out, bank lending creates deposits”
Money is nothing more than a promissory note / IOU created out of nothing! Interest is charged on this so-called “money” putting people into perpetual debt slavery. There is a solution: full economic transparency and reform.
Please read the article below and send it on. We must stop private banks from creating private money, charging interest on this money and then deciding in secret how it will affect the people of South Africa.