A system of regional publicly owned banks with a focus on lending to the SME sector could play an important role in restoring faith in the banking system and supporting economic growth, according to a leading expert.

Niclaus Bergmann, who is the managing director of the German-based Savings Banks Foundation for International Co-operation, was in Dublin to speak at a conference organised by the lobby group, republicirelandbank.com.

Mr Bergmann said that a network of regional banks with close links to the local economy are the most effective type of SME lenders.

His proposal is that each bank would have core capital funded by private investors and possibly local government.

Each bank would need a core capital level of roughly €10m, although this could be as little as €5m, depending on its business plans. Liquidity would be provided exclusively from deposits.

However, investors who stump up cash for the core capital will never see their money back, said Mr Bergmann.

“They will not get any returns and they will not get their money back. All profits are invested back into the bank. The idea is not to make it profitable and sell it in the future, this bank will be there forever.”

The aim would be to have up to 10 regional banks spread throughout the country with a shared services centre. This centre would provide information technology, risk management, tax advice and other services for all banks in order to keep the cost base as low as possible.

Mr Bergmann said it is unlikely that AIB and Bank of Ireland would support the concept of public banks.

“But the pillar banks still have big problems. They are in no position to serve the entire economy, particularly SMEs. Credit unions also have problems, particularly with consumer loans.”

The public banks would be regulated as normal and consequently covered by the deposit guarantee scheme, he said.

Public banks would put a huge focus on ethical behaviour, which is critical if the public are to have their faith restored in the banking system, he added.

The German-based Savings Banks Foundation for International Co-operation advises countries how to set up public banks similar to the German savings bank model, the Sparkassen.

The following article in The Sun on Sunday is the outcome of that meeting. 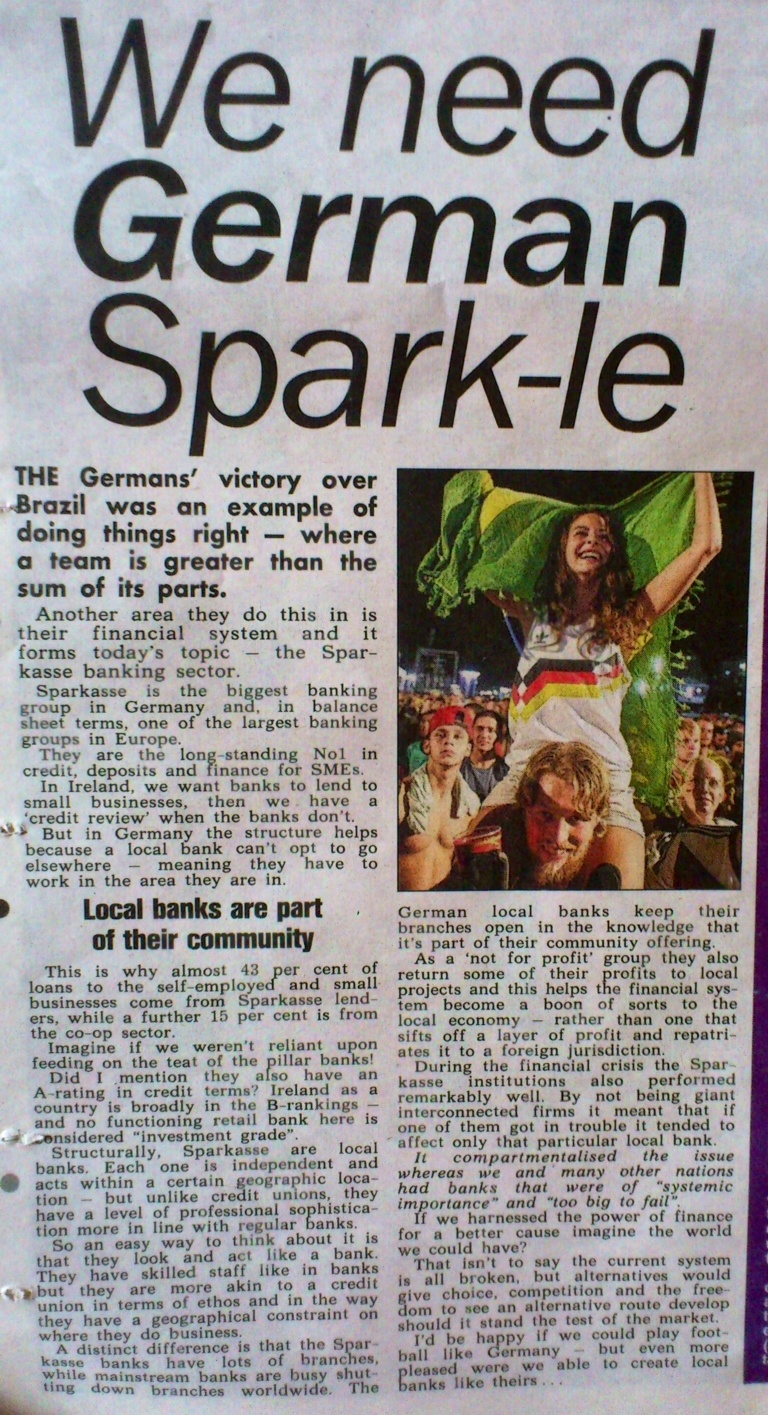 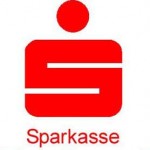 5 thoughts on “PBFI in the Media”