“Kiwi(Post)Bank Model would work in Ireland”

Kiwibank model would work in Australia – and in Ireland:

& Provide Competition in the Banking Market.

Kiwibank model would work in Australia:

ACROSS THE DITCH: Kiwibank’s boss thinks his bank’s business model would work well in Australia and boost competition there.

Six Australia economists are lobbying for a “basic bank” like Kiwibank, using Australia Post branches to break the dominance of the big four Australian banks, the Sydney Morning Herald reported.

Kiwibank started in 2002 and operates through 300 NZ Post shops. It is wholly owned by New Zealand Post, which is government owned.

Sam Knowles, who is currently filling in as New Zealand Post group chief executive, put the business case for Kiwibank together and has worked in Australia.

Kiwibank has no plans to expand beyond New Zealand but Mr Knowles believes the business model would create a nationwide challenger to the standard bank model operated by the big Australian banks, which own New Zealand’s ASB, ANZ, BNZ, National Bank and Westpac.

“I think it could work in Australia but it would be a bit harder because there is more competition from non-banks there,” Knowles said.

The regional banks in Australia were not effective in providing competition nationwide, he said.

An issue for competition in banking was the cost of entry, Mr Knowles said.

“The big cost of entry for anyone getting into banking is a branch network,” he said.

“Aussie Post, like NZ Post, is the only entity with a well distributed network with the skills to do banking. The only other possible one is a supermarket but they don’t have the skills,” he said.

“Clearly we have proven with Kiwibank that the post network is the easiest way to get into banking,” he said.

He believes the big four Australian banks – ANZ, National Australia Bank, Commonwealth Bank and Westpac – would be pricing products higher in New Zealand if Kiwibank did not exist.

Kiwibank started with capital of about $80 million and critics said it would not work because governments were no good at running businesses.

Mr Knowles said the critics had been proven wrong.

“The customers wanted it and state-owned enterprises, like any business, can launch new businesses.

“We went out and hired people who knew what they were doing in banking and got them to establish a bank,” he said.

“We’d be happy to provide advice to Australia Post if they wanted to look at it,” he said.

The main issue for the post branches was providing office space for discussing bank services and beefing up security.

“It is a lower cost bank model because Kiwibank shares the network with NZ Post,” he said.

In Australia, the economists petitioned the Prime Minister and the Treasurer to set up an inquiry into Australia’s financial system.

The notion of a “people’s bank” has not been contemplated, the federal government, AAP reported.

Even with the existence of Kiwibank and regional banks the Reserve Bank of New Zealand has raised concerns at the level of interest banks are charging on floating rate mortgages.

The New Zealand Parliament’s finance and expenditure committee has decided not to hold an inquiry into the interest rates charged by banks.

Opposition MPs have criticised banks for not passing on the cuts to the official cash rate and ministers have urged banks to lower interest rates while the country struggles through a recession.

More on the KiwiBank Model from the PBFI Website: 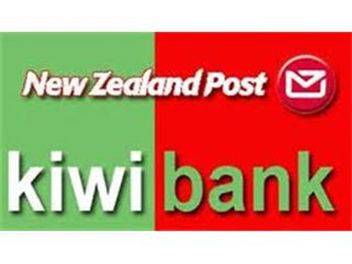 Published on Mar 21, 2013 Speaking at the 2nd European Conference on Banking and the Economy (ECOBATE) in Winchester, Alex Templeton, Director of the Farm Energy Project, explains how a disfunctional financial system has made it harder to lend to small businesses which in turn impacts communities.
Category: Uncategorized
← PBFI Newsletter – Nov 2017 – Community/Public Banking
Kiwi(Post)Bank model can secure Irish Post Office Network’s future. →